A Vegan version of the famous Salt And Pepper Squid, this Chinese Salt And Pepper Chips made from potatoes is super crispy and absolutely delicious! Buttery, creamy potatoes coated in cornflour and wok-fried until very crispy and tossed in fragrant garlic and pepper spice mix. YUM! 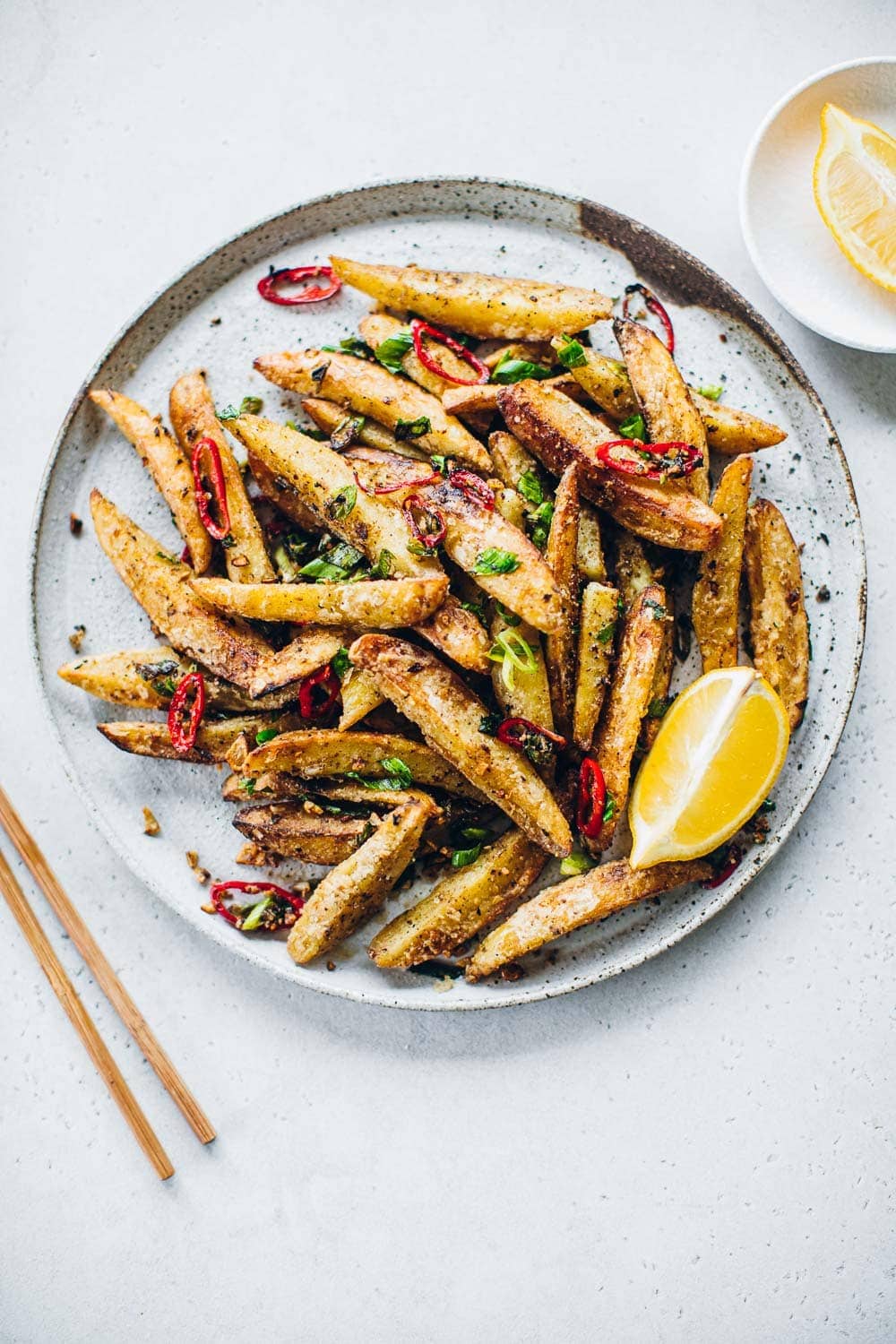 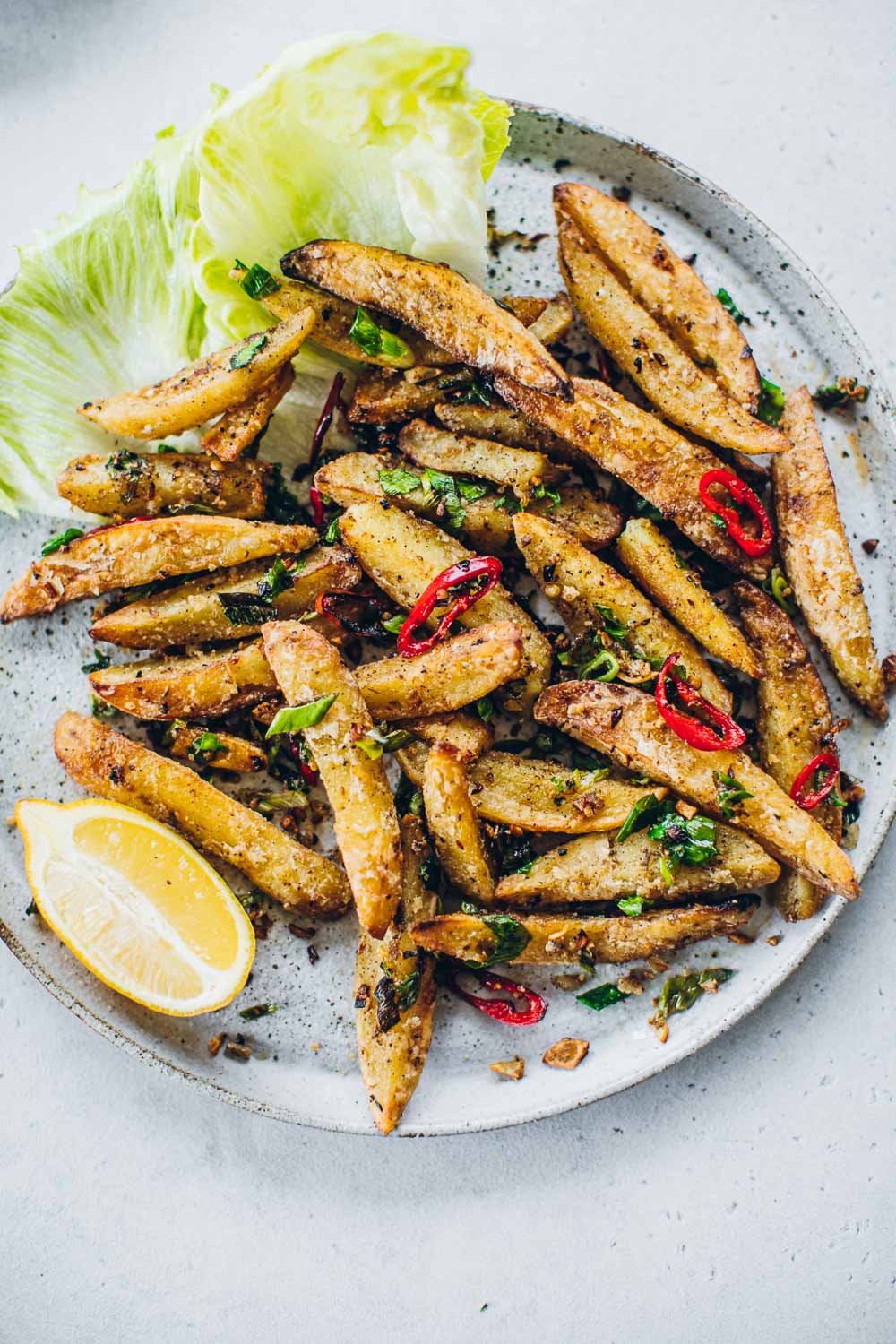 What Makes Chinese Salt And Pepper Chips So Special?

Kipfler Potatoes – Also known as Fingerling Potatoes are small, thin, knobbly potatoes with a thin skin and low starch content. They are buttery and creamy when cooked, making them the ideal potato choice for this dish that mimics Salt & Pepper Squid.

Sichuan Pepper – Sichuan Pepper is also known as Szechuan Pepper or Chinese pepper. It is a beautiful pepper with lemon tones that produces a numbing, tingling sensation on the tongue when eaten. Not necessarily hot, it has a complex flavour that is known to create a numb spiciness. 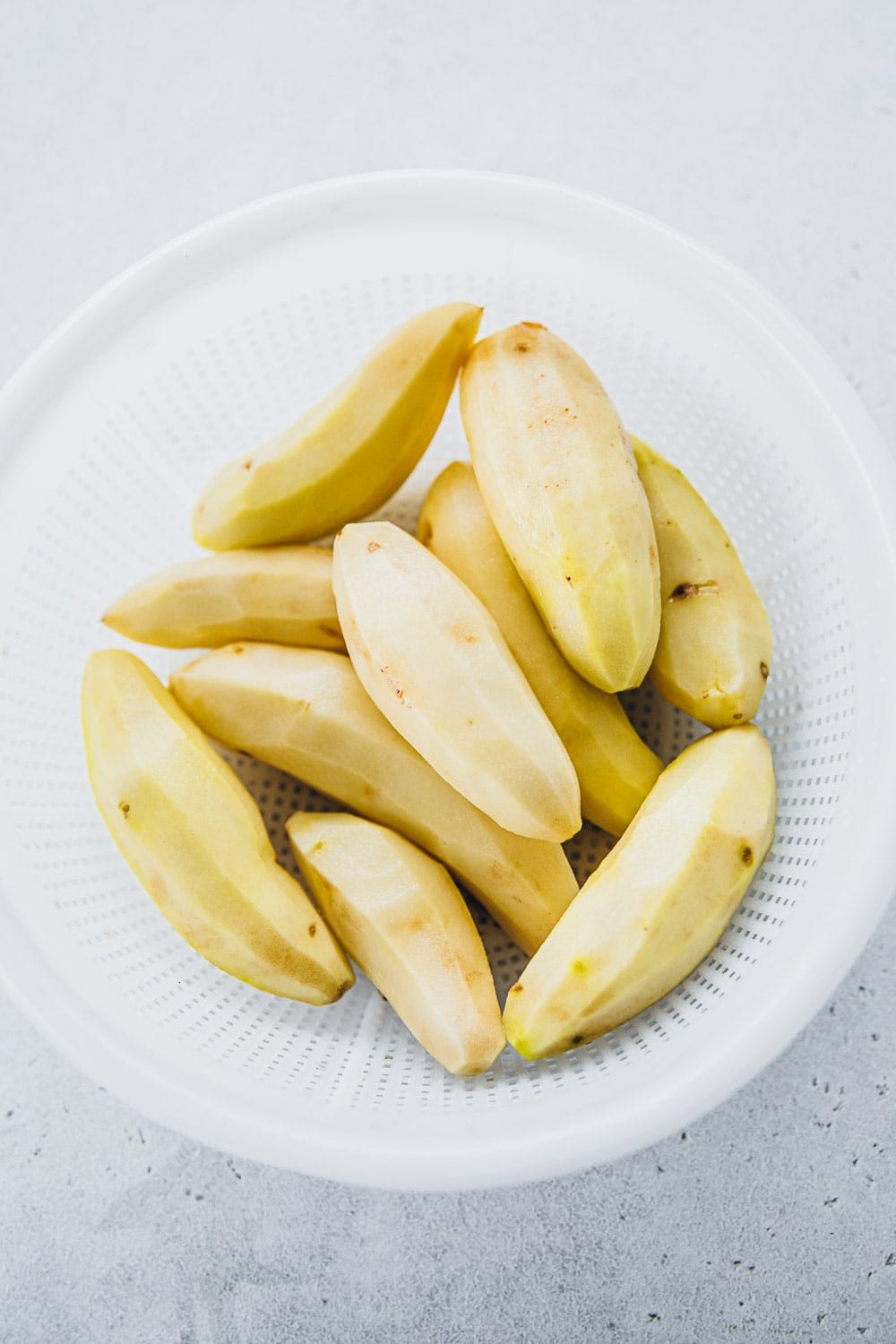 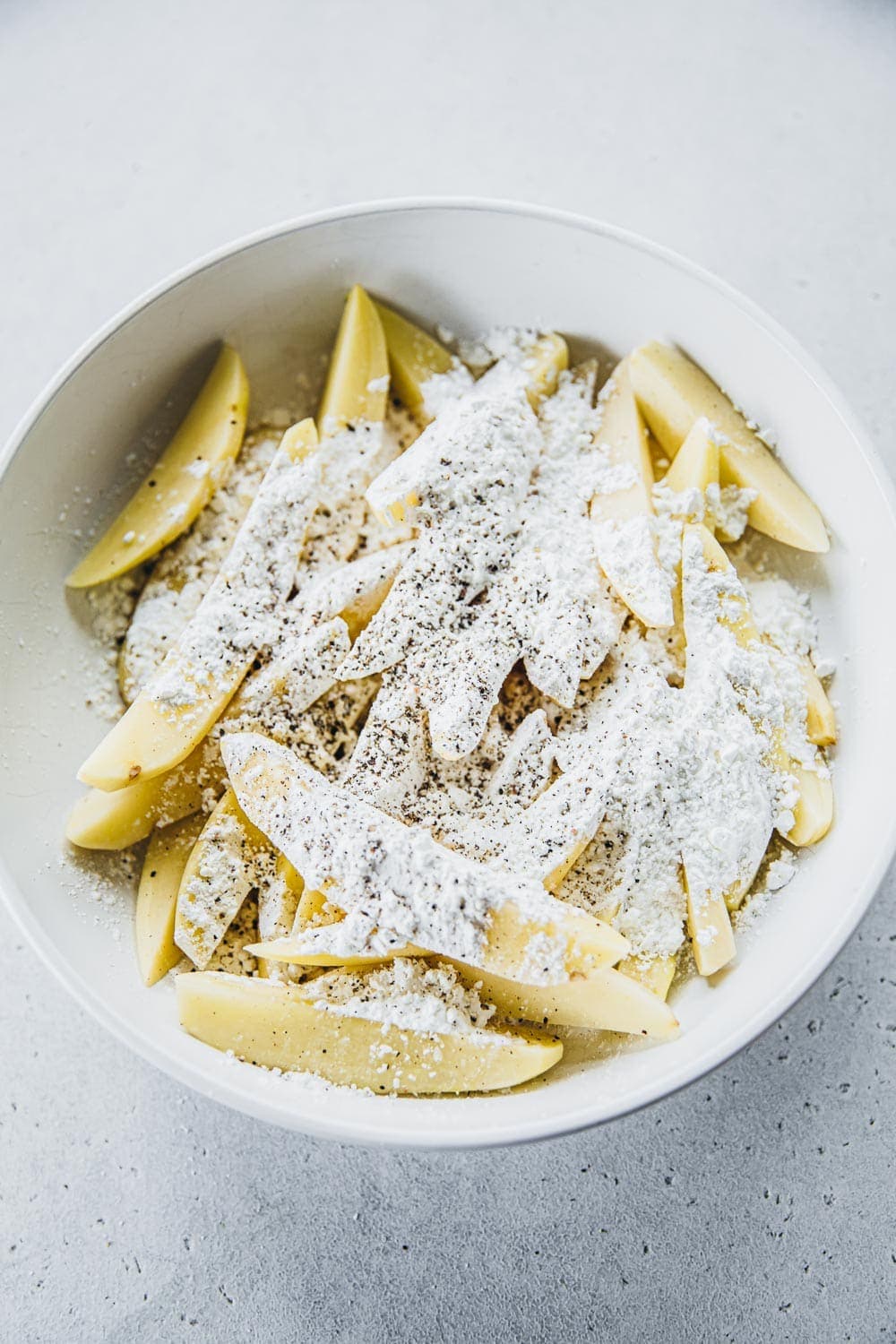 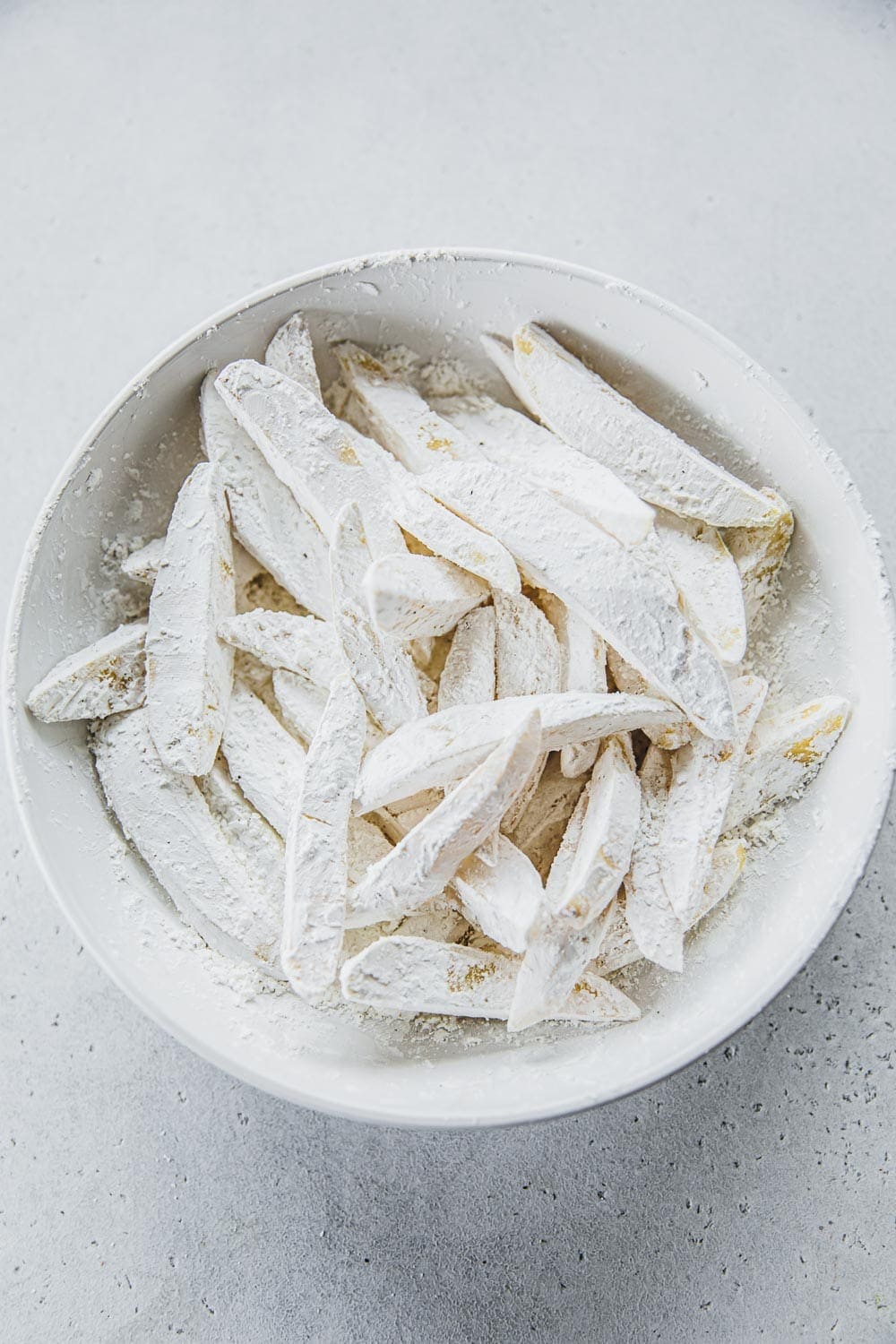 Dusting The Potatoes With Cornflour

One of the key aspects of crispy wok-fried dishes is the dry dusting of the main ingredient with cornflour (see pictures for reference). I must warn you that there is some cornflour wastage but it is essential to getting that beautiful crispy potato that when you bite into makes that delightful shattering crunchy sound. 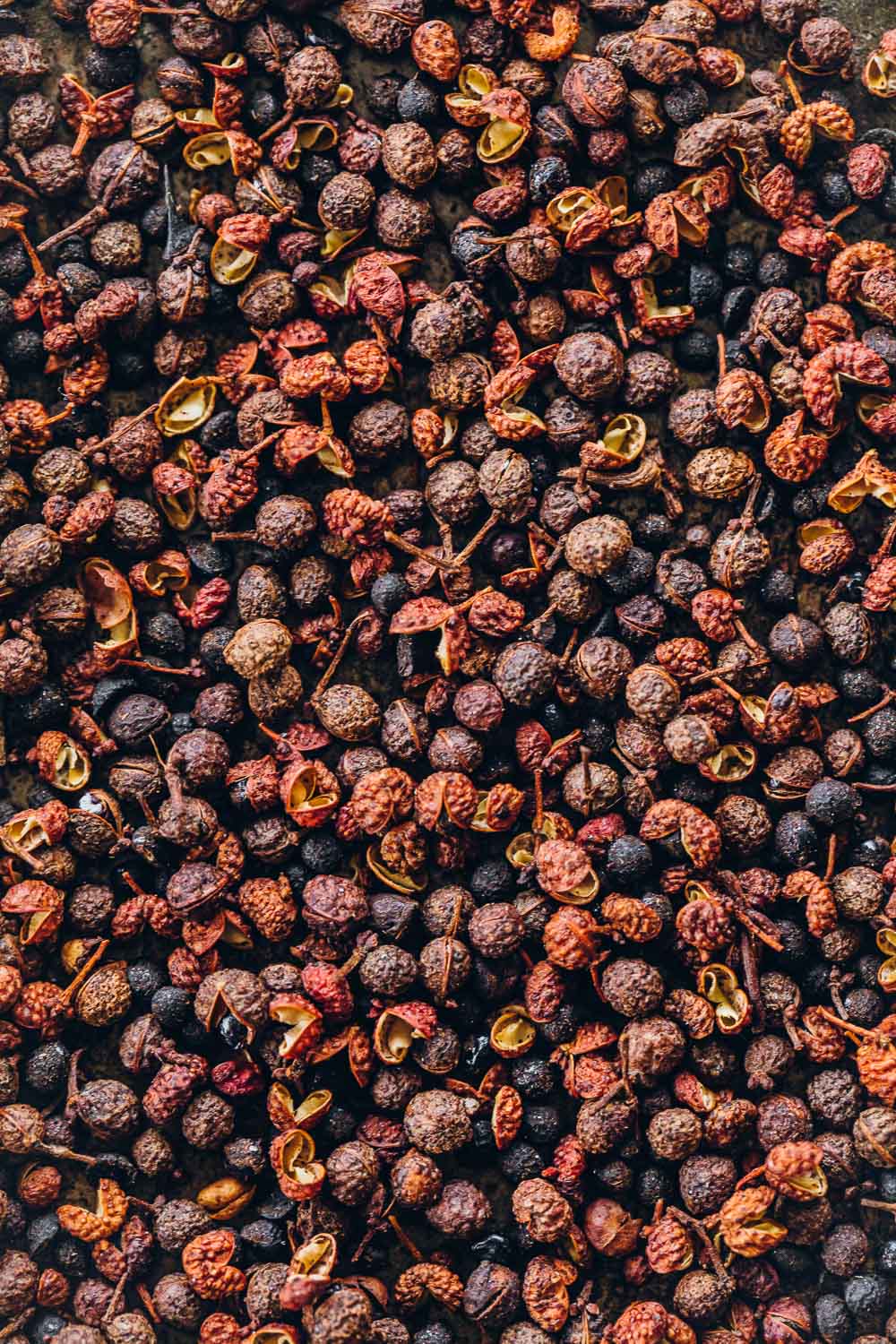 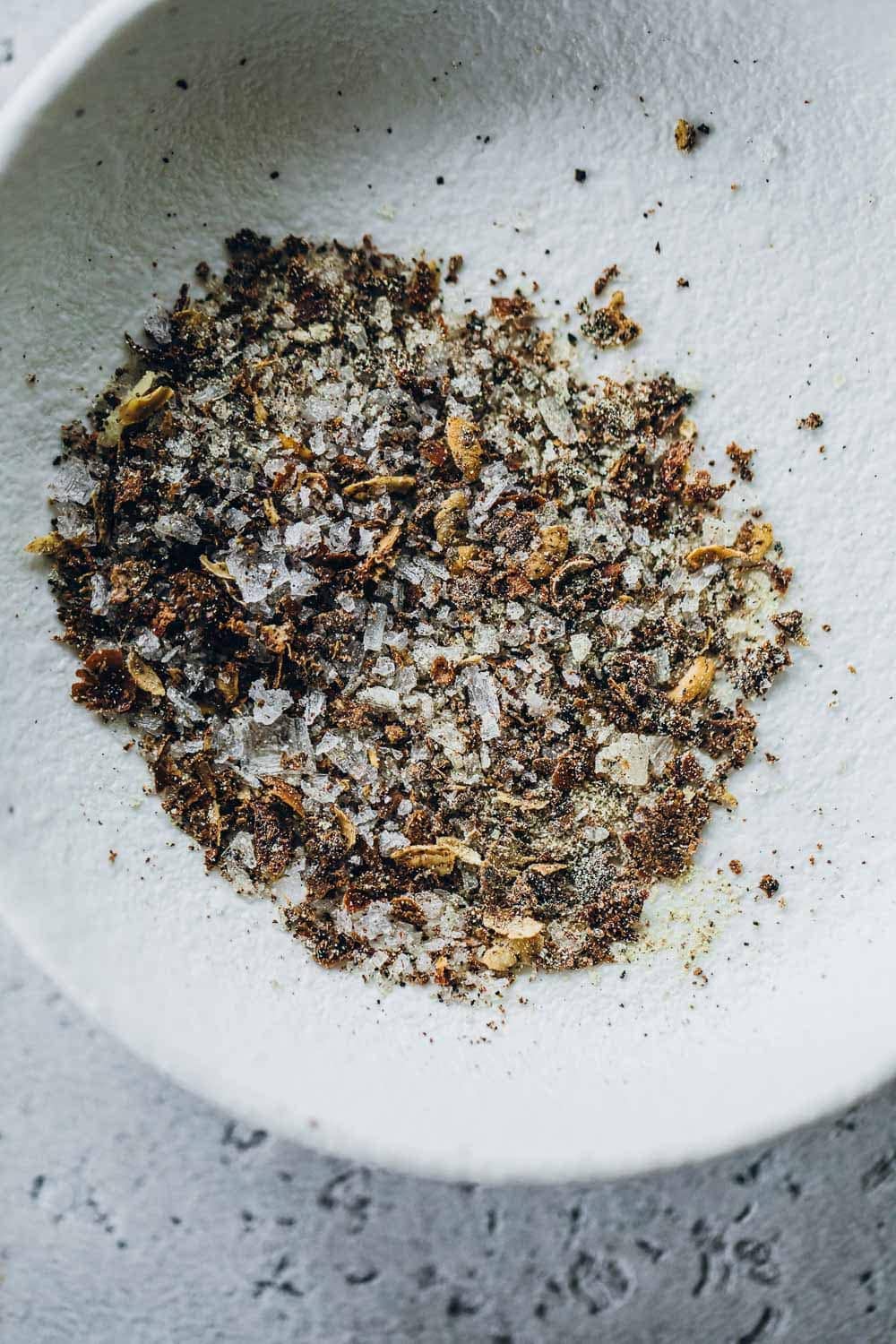 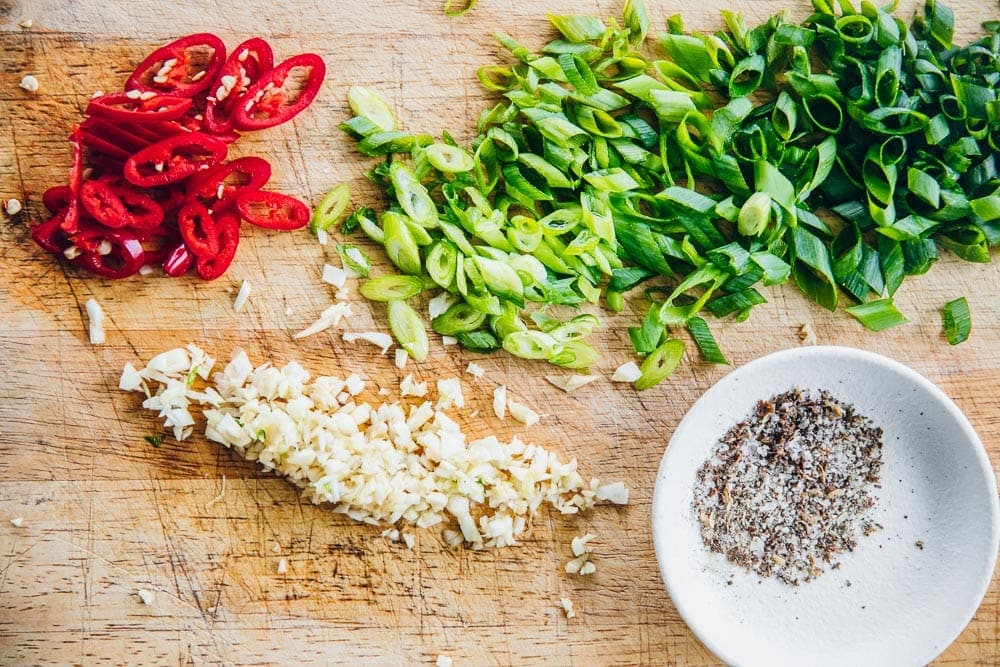 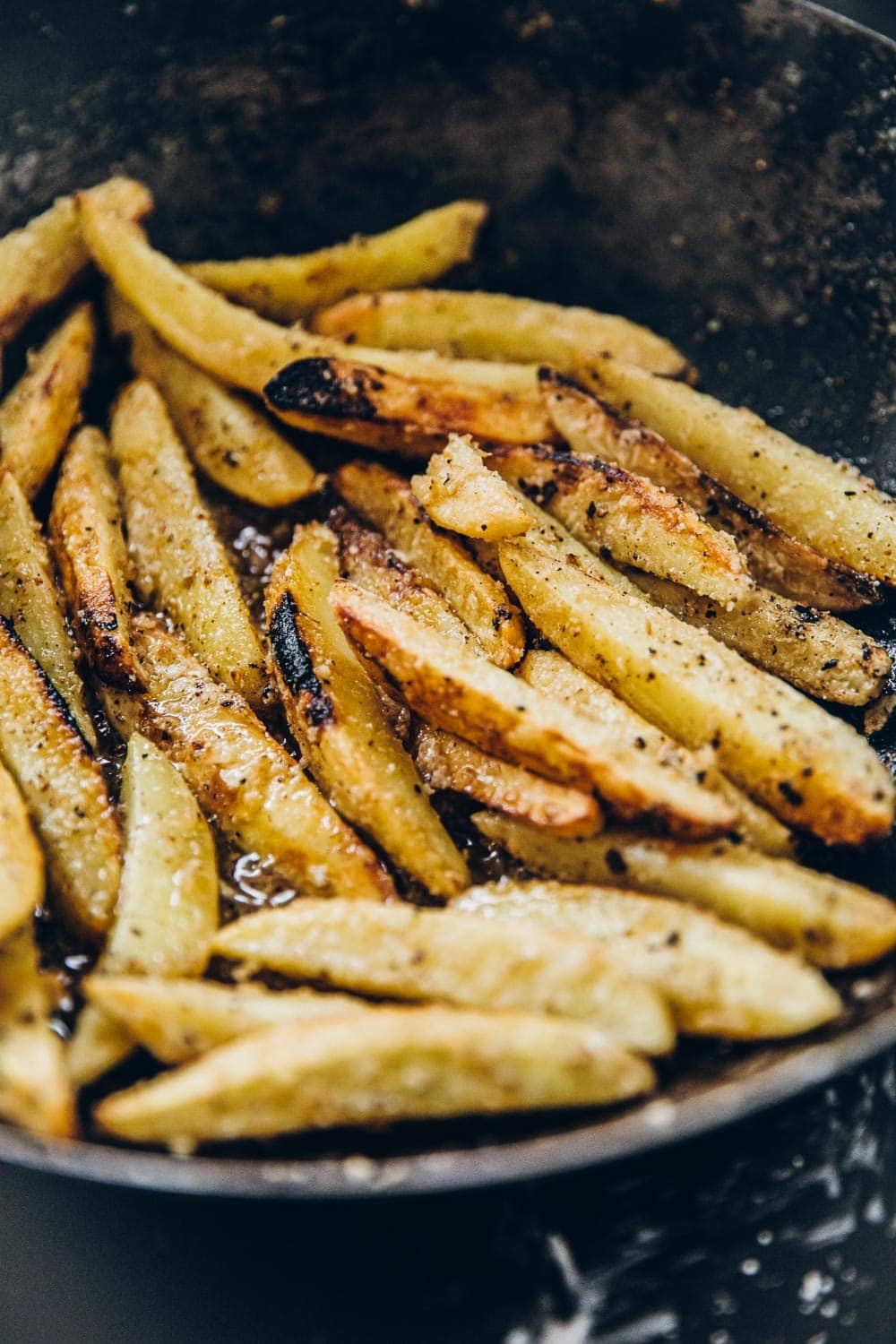 I have tried stir-frying, shallow-frying and deep-frying while testing this recipe. I found this in-between method of shallow frying them produces the crispiest results without wasting oil in the process. I heat one third cup oil on medium-high in a large wok and shallow-fry 500g potatoes. The key is to let the potatoes cook without moving them or agitating them. This ensures that the cornflour coating remains intact to create that beautiful crispy crust on the potato. At the end of the 8-10 minute frying session, almost all the oil will be used up.

This is by no means a healthy recipe but boy is it good? Yes, it is!  If you would like a healthier option, please refer to my recipe notes. 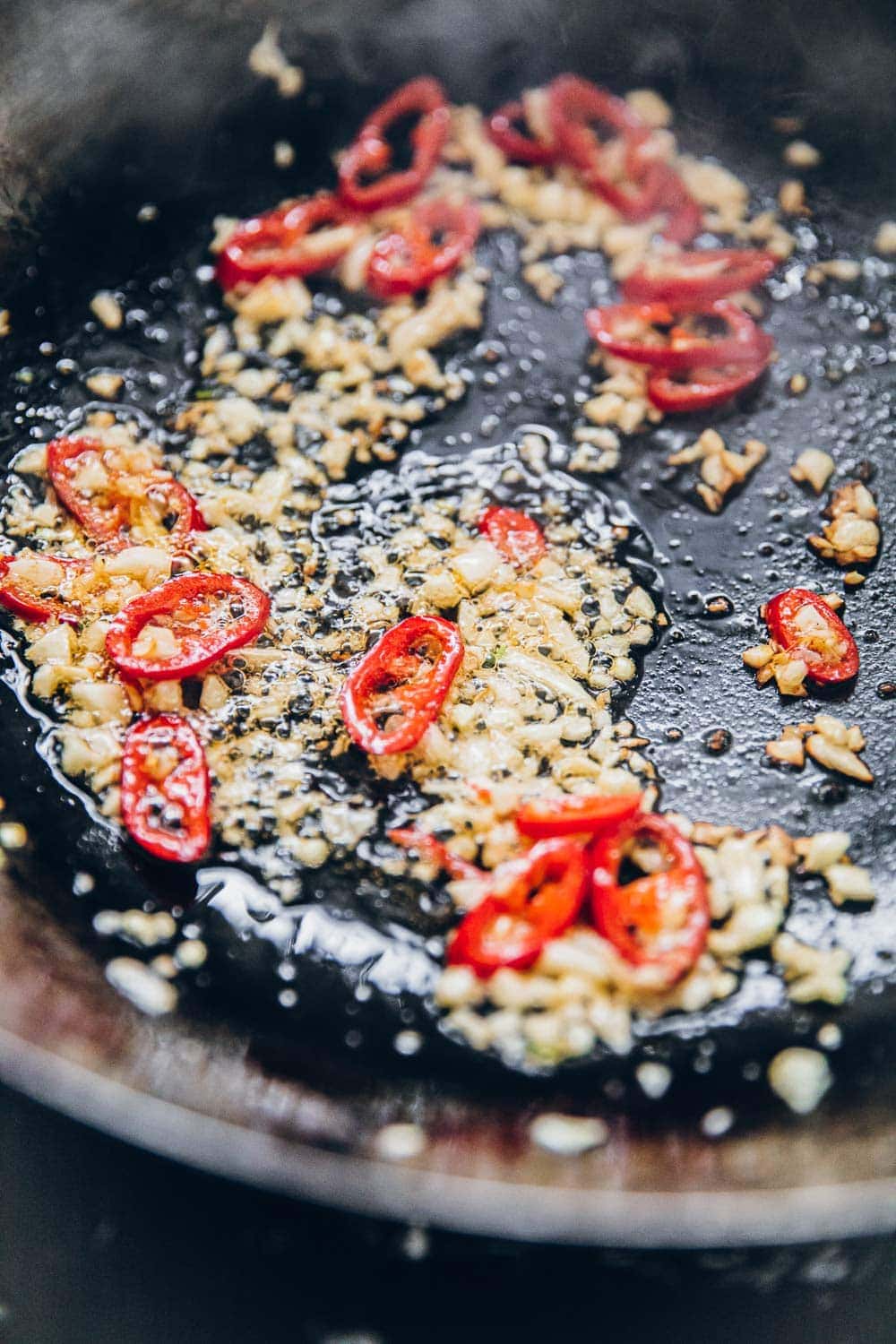 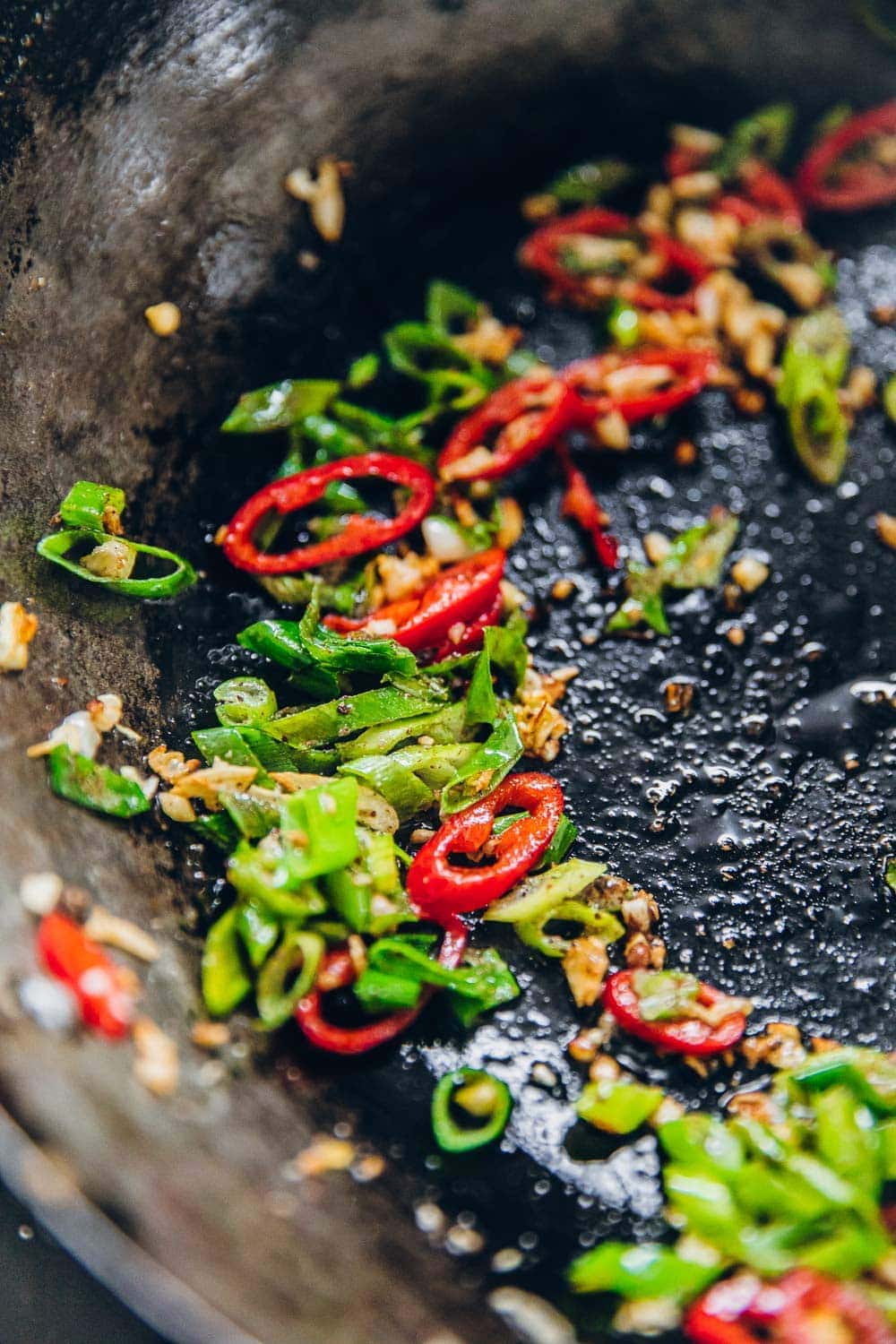 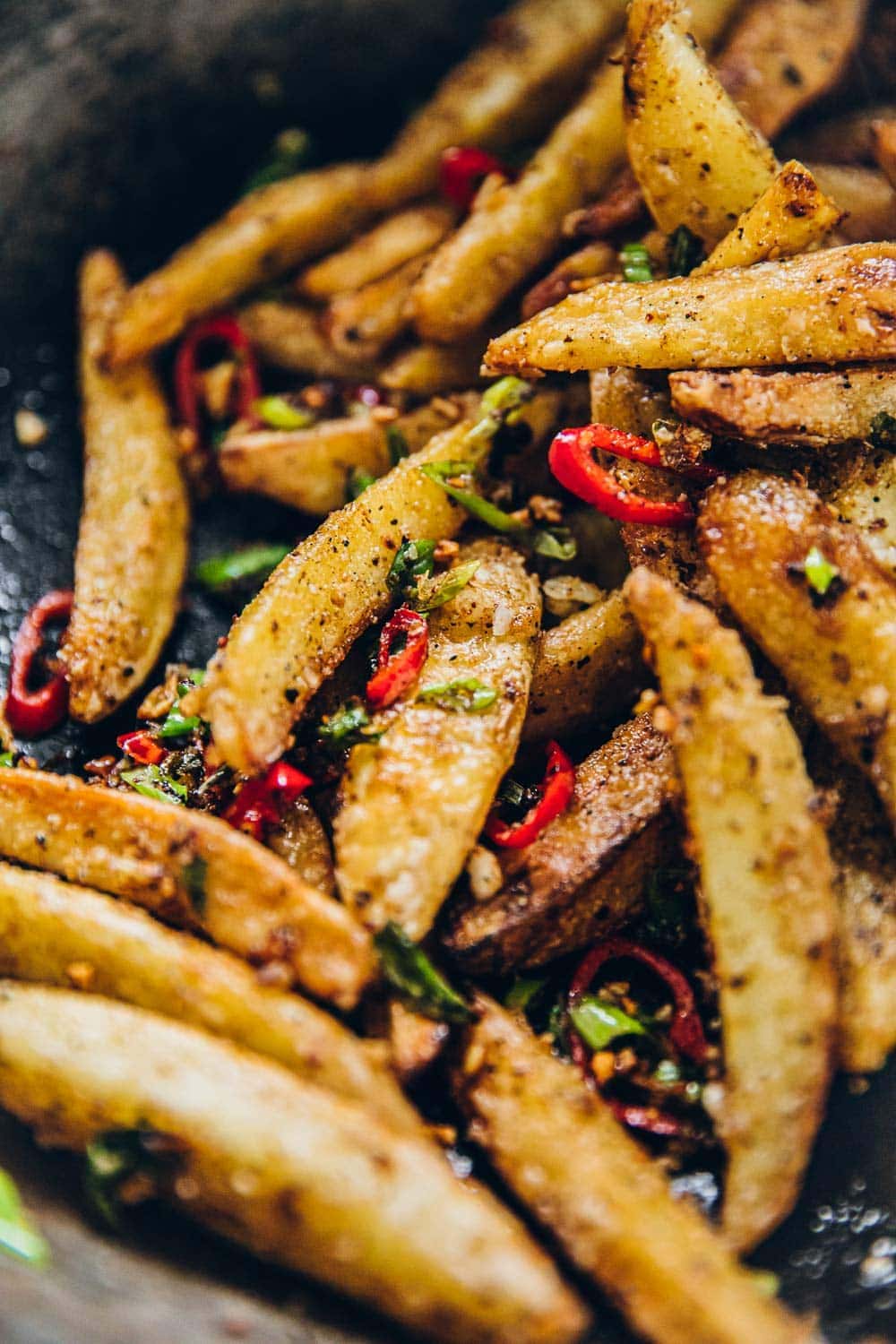 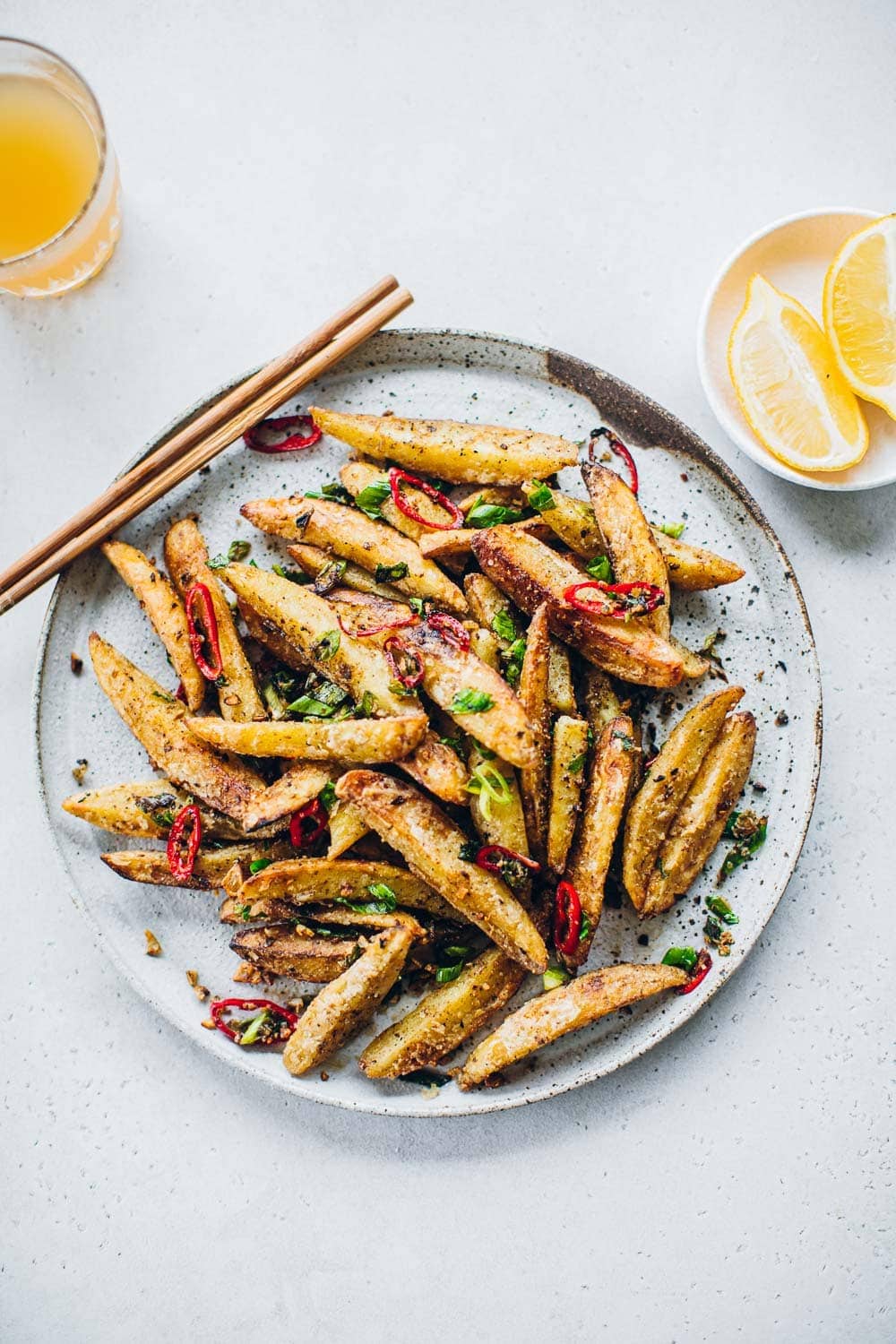 Potatoes – If you can’t find kipfler or fingerling potatoes, use Dutch Cream potatoes. They are similar in taste and texture to kipfler potatoes and hold their shape when wok-fried. They also go crispy on the outside while remaining buttery and creamy on the inside.

Cooking Potatoes – I have used a shallow wok-frying technique for this dish. As I mentioned earlier, it is not a healthy option but produces the most authentic result. If you want a lighter version of this dish, add 3 tablespoons cornflour to the potatoes along with salt, pepper and a tablespoon of oil. Mix to coat the potatoes evenly. Air-fry (200°C/ 14 minutes) or Oven Bake (190°C/ 30 minutes). And then stir-fry the cooked potatoes as per the recipe.

The One Pie Everyone Loves

The One Pie Everyone Loves