A lighter version of the famous Chinese Cashew Chicken, this recipe has much less oil/salt but doesn’t compromise on flavour by the clever use of ingredients. Packed with veggies, this Cashew Chicken is a great weeknight meal for the whole family. 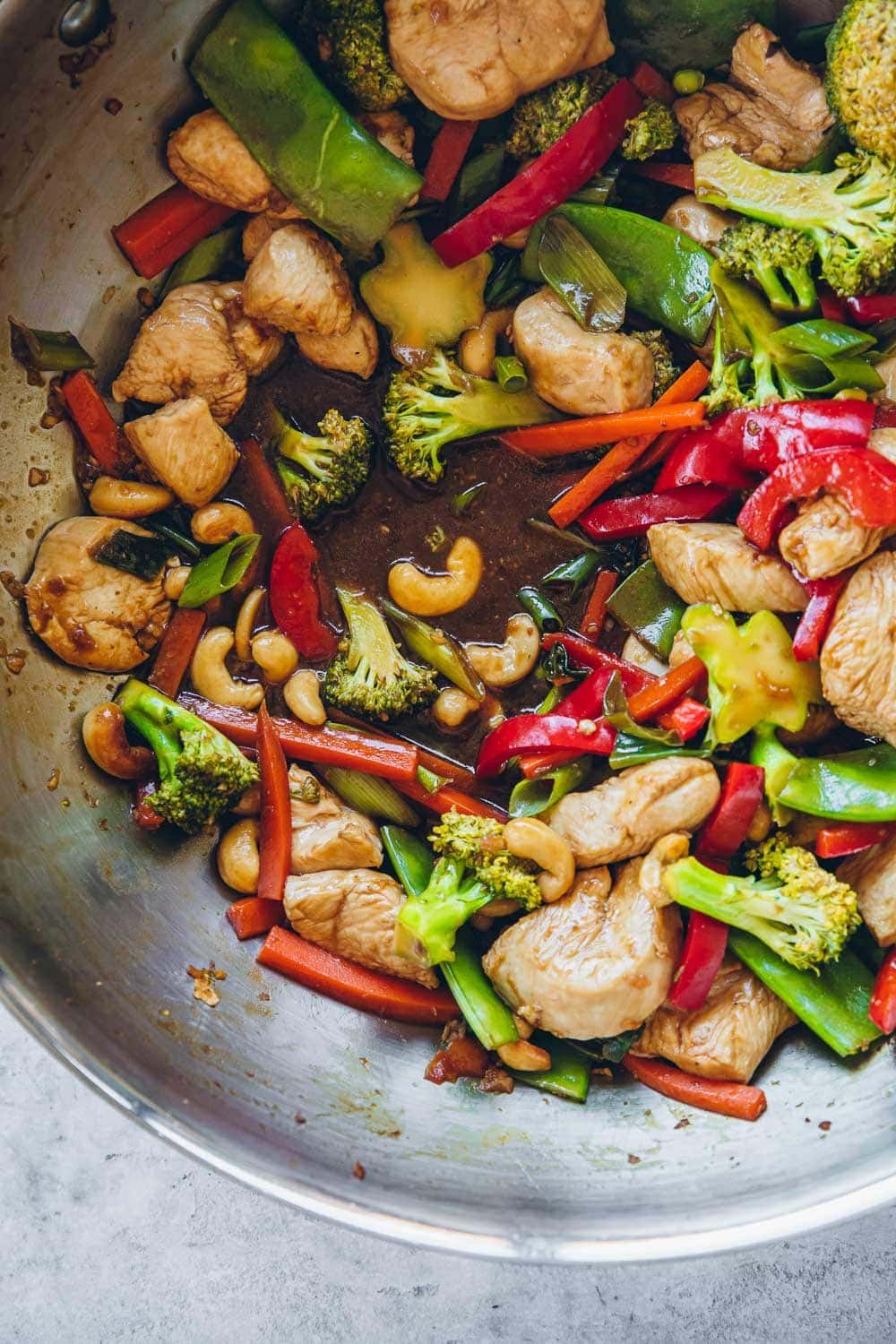 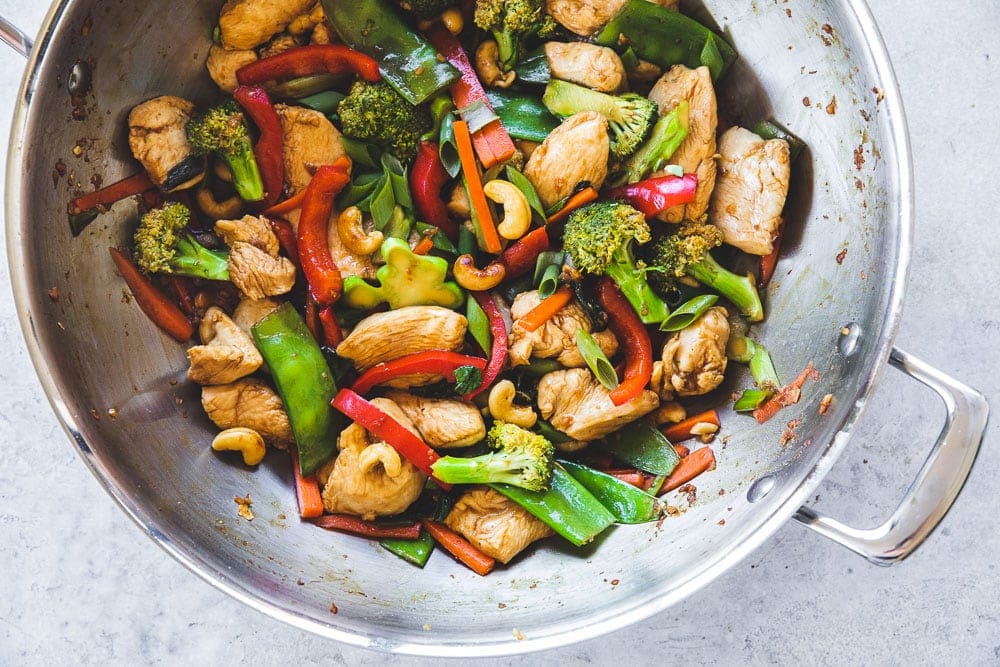 We rarely eat out mainly because I cook a lot and particularly because I love having control over what I put in my dish. It is no secret that home cooking if done right is healthier. And through experimentation and clever cooking, you might be able to create dishes that taste as good or better. Chinese Cashew Chicken used to be a favourite dish to order at the restaurant years ago when I used to eat meat (I stopped about six years ago). And I have enjoyed cooking it at home for the boys, using recipes from other blogs and trying to nail that authentic flavour.

Over the years, I have made this dish lighter via a few key changes

I hope you will try my version of this light Chinese Cashew Chicken. It is excellent for lockdown lunches as it can be made ahead, takes barely 10 minutes to cook, can be eaten with a bit of steamed rice or noodles and is absolutely delicious. 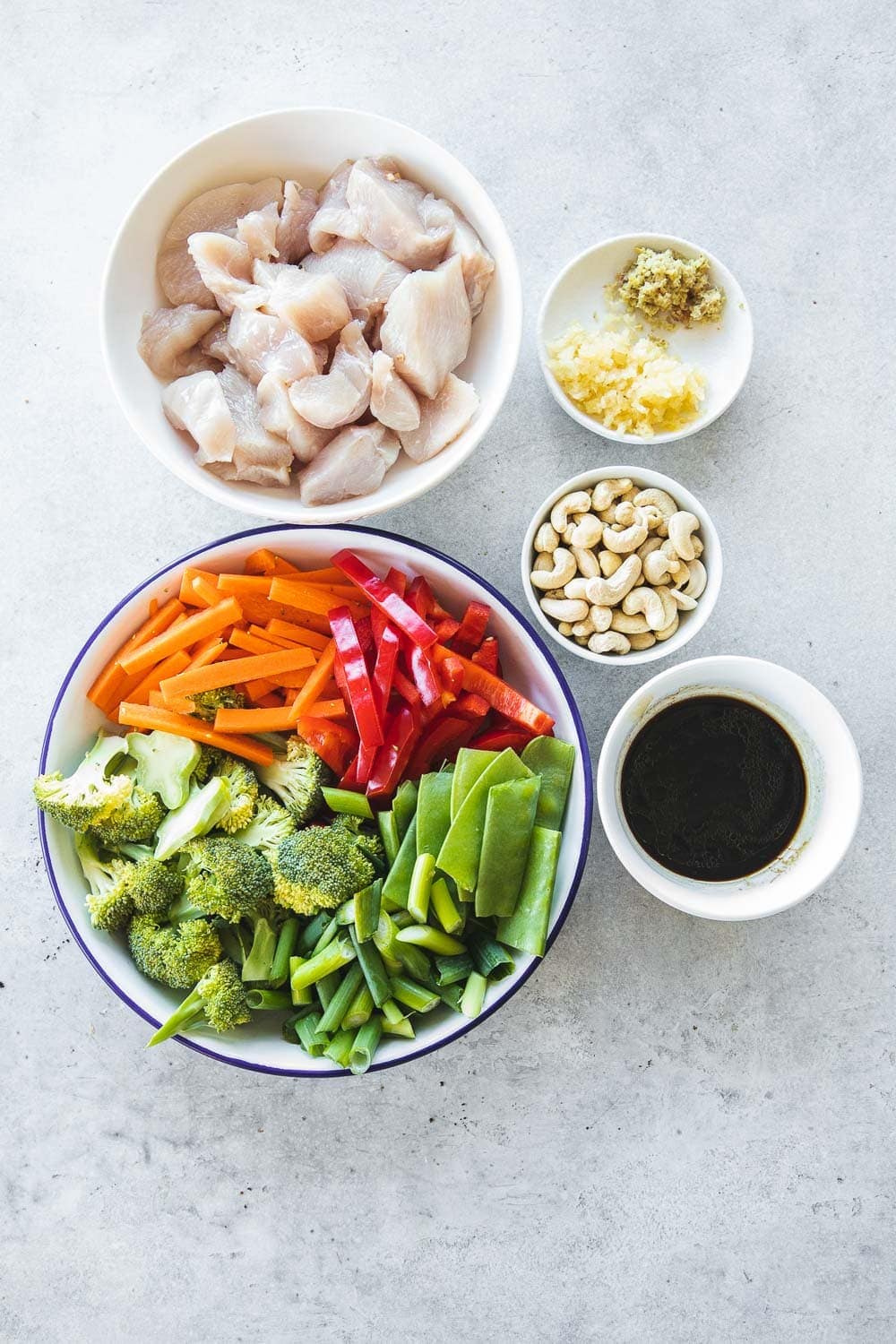 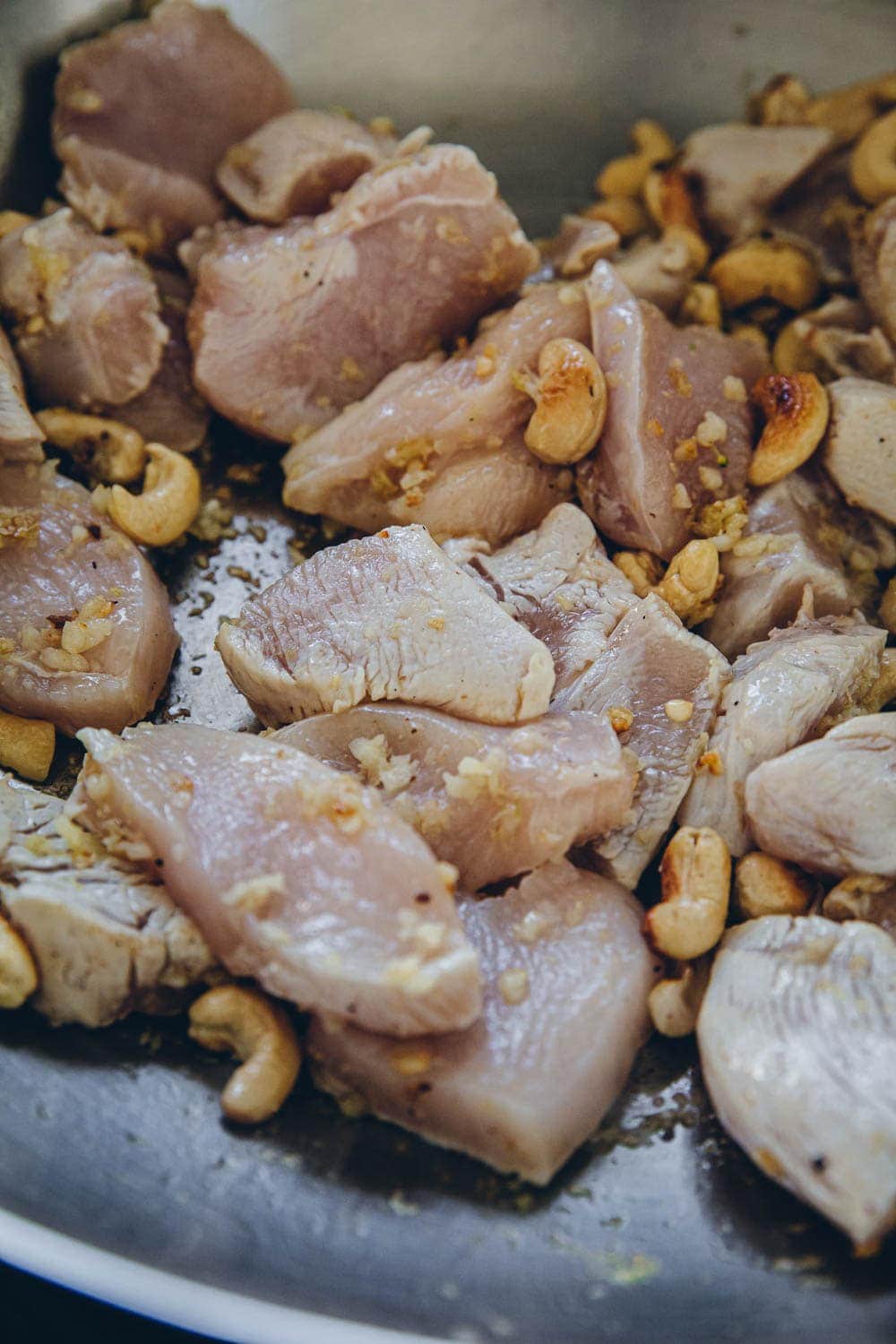 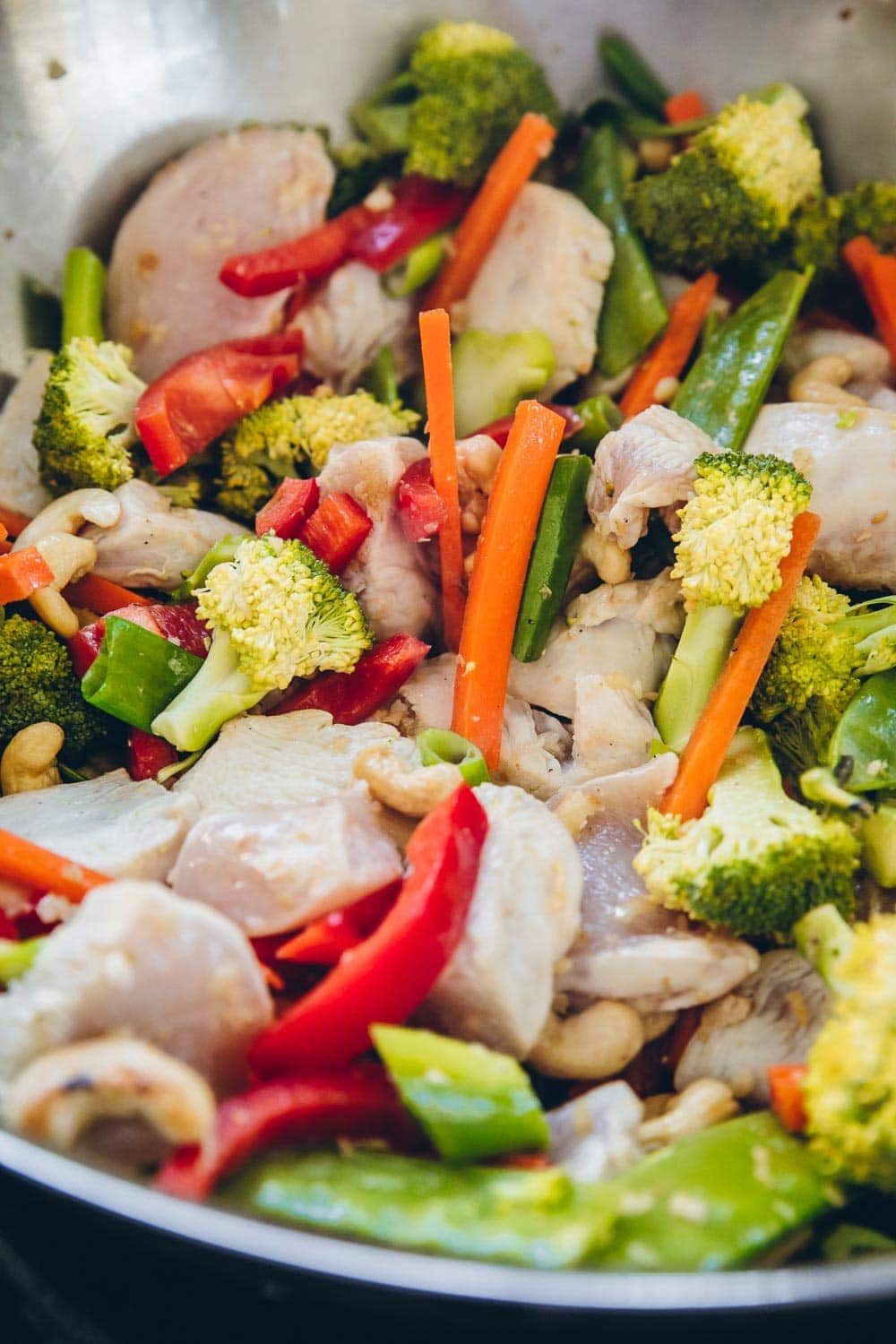 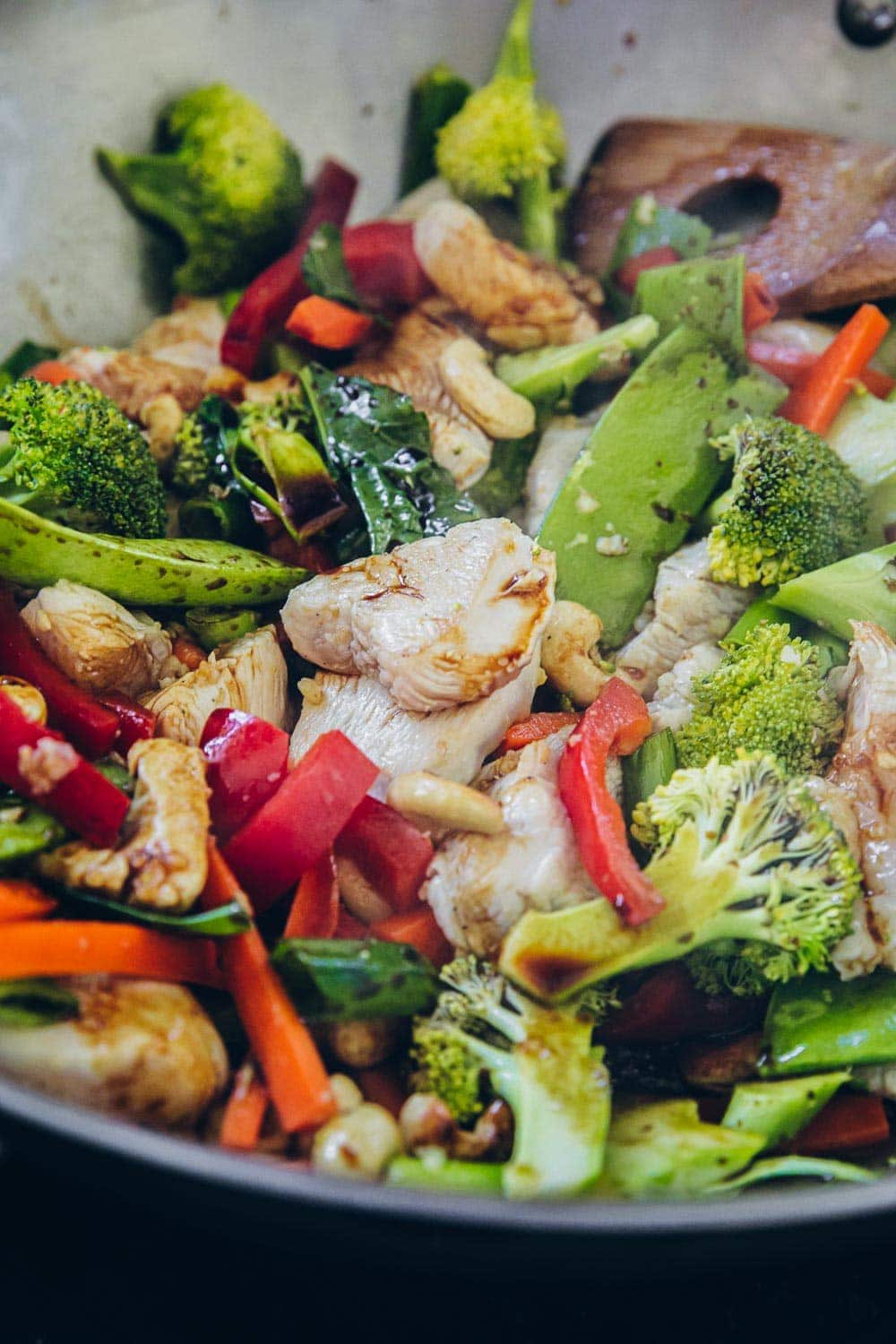 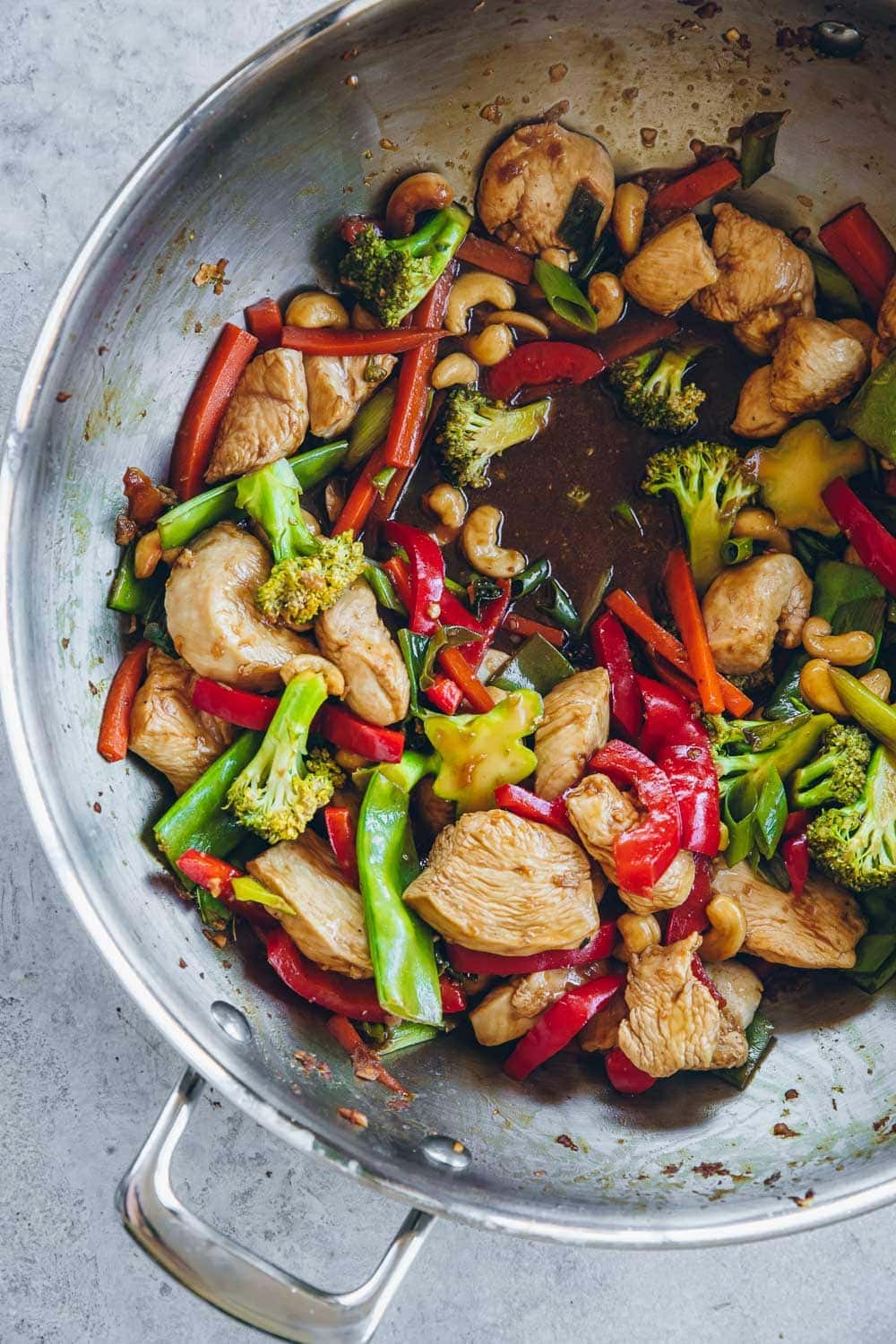 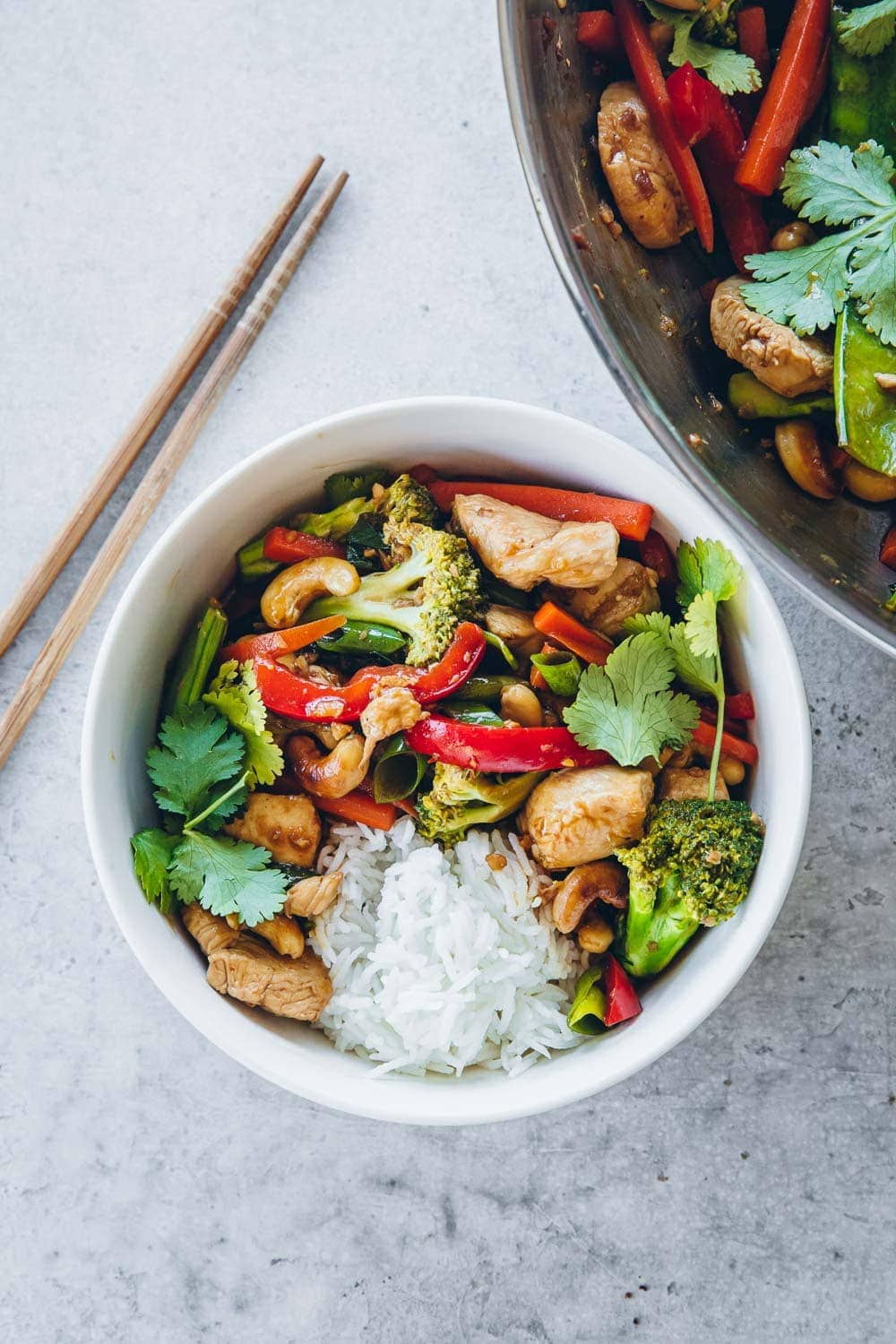