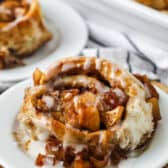 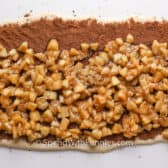 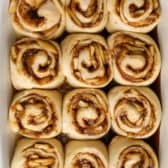 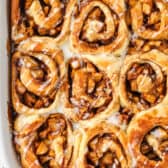 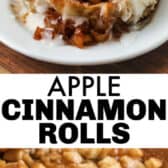 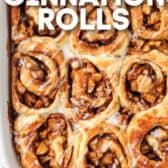 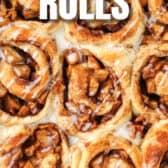 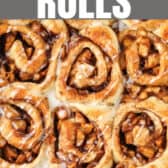 A tender dough is smothered in butter, cinnamon, and our favorite apple topping. It’s all rolled up and baked until tender. Top with a quick glaze or your favorite cream cheese frosting for a delicious treat. 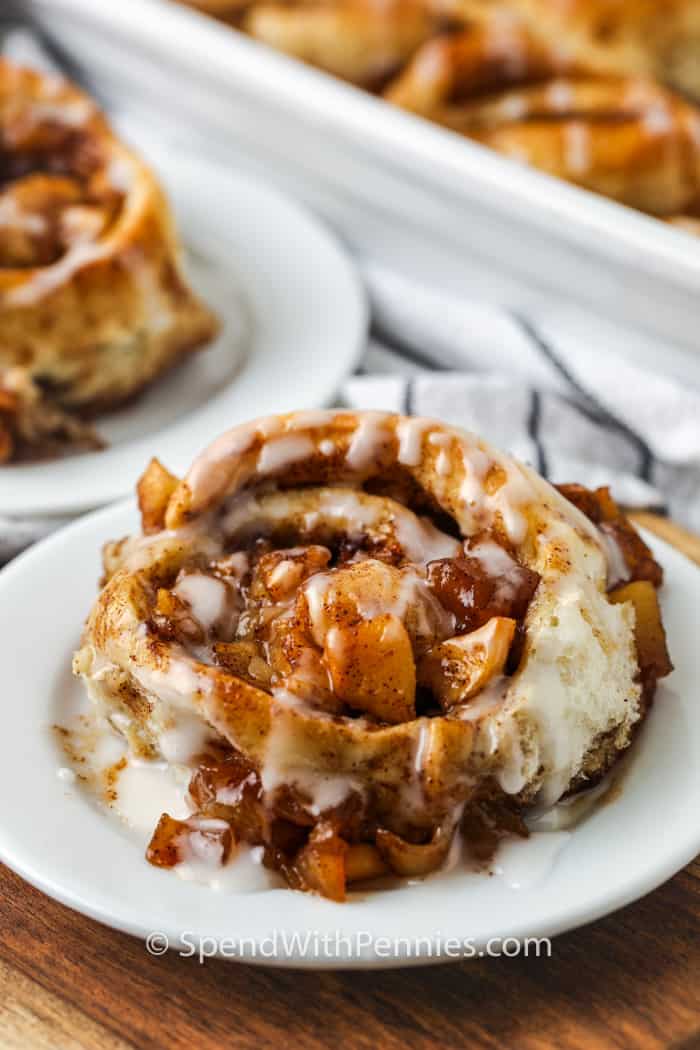 A Twist on a Favorite

Who doesn’t love apple pie in the morning?

These apple cinnamon rolls taste just like fresh apple pie, filled with cinnamon-sugared apples, fragrant and perfect for serving with a steaming cup of coffee

DOUGH This recipe is made with homemade dough and while it takes a bit of time, it’s not difficult to make.

SUGAR & SPICE Cinnamon sugar and the glaze are just as important as the apples and the dough, so don’t skimp on the seasonings! If you have it, swap out some of the cinnamon for apple pie spice.

How to Make Apple Cinnamon Rolls 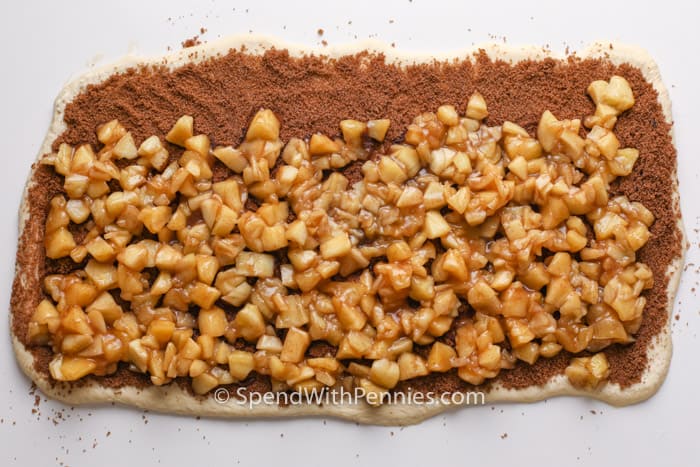 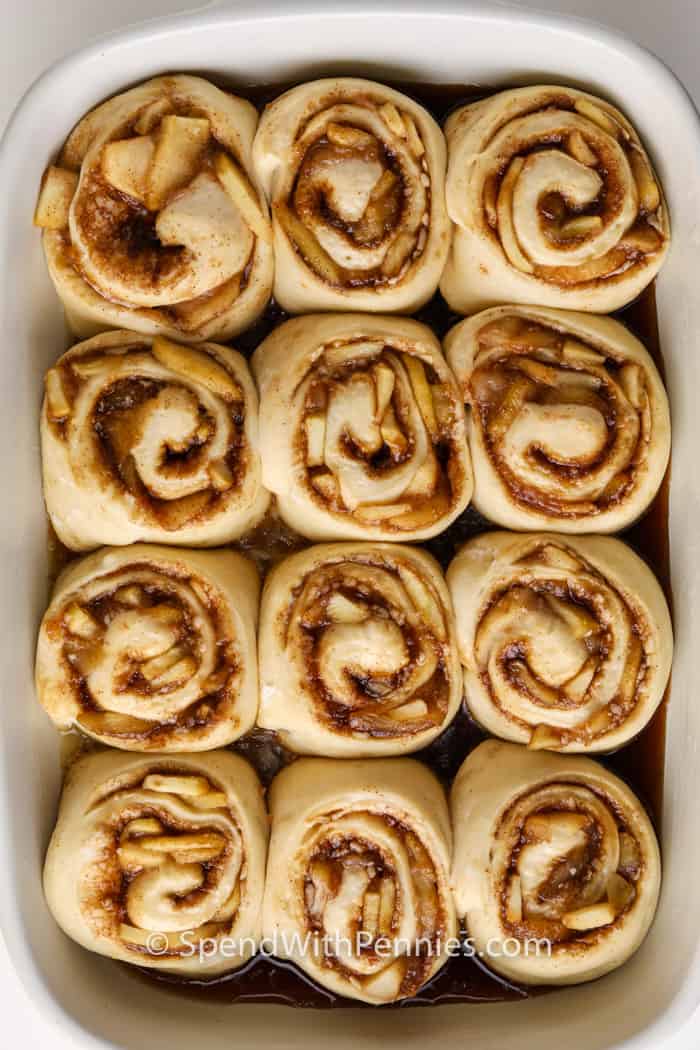 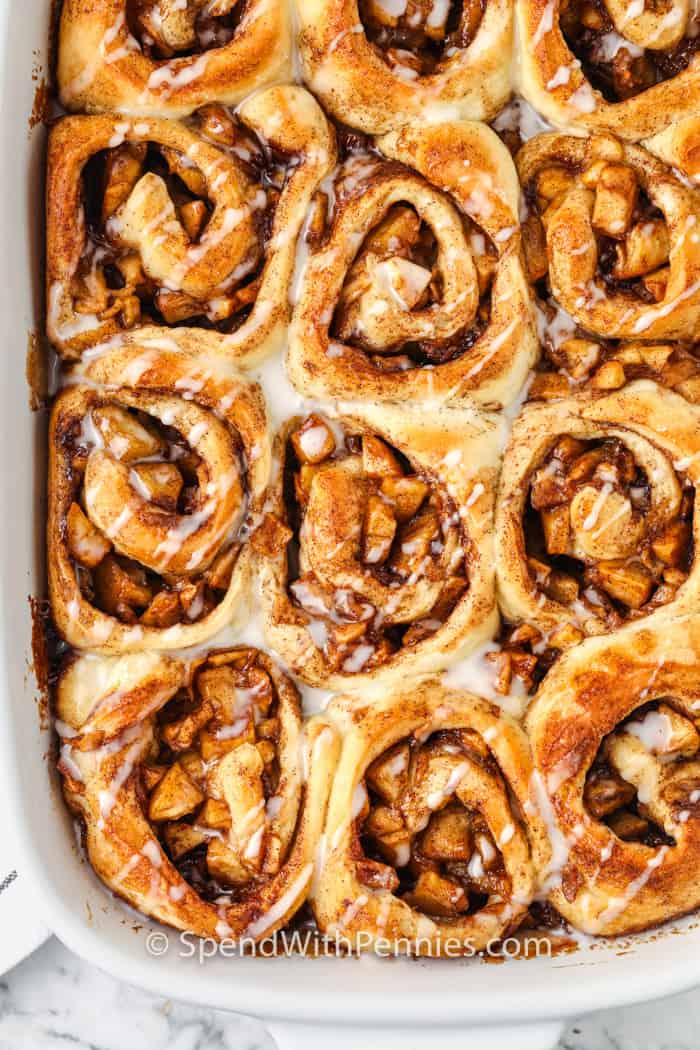 How to Store Apple Cinnamon Rolls

Did you love these Apple Cinnamon Rolls? Be sure to leave a rating and a comment below!

Ensure the filling is not chilled from the fridge or the rolls won’t rise properly.

These rolls are best served warm from the oven. 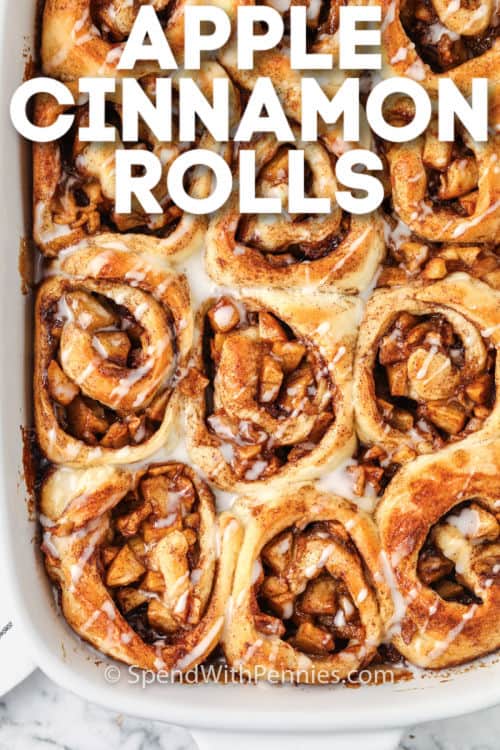 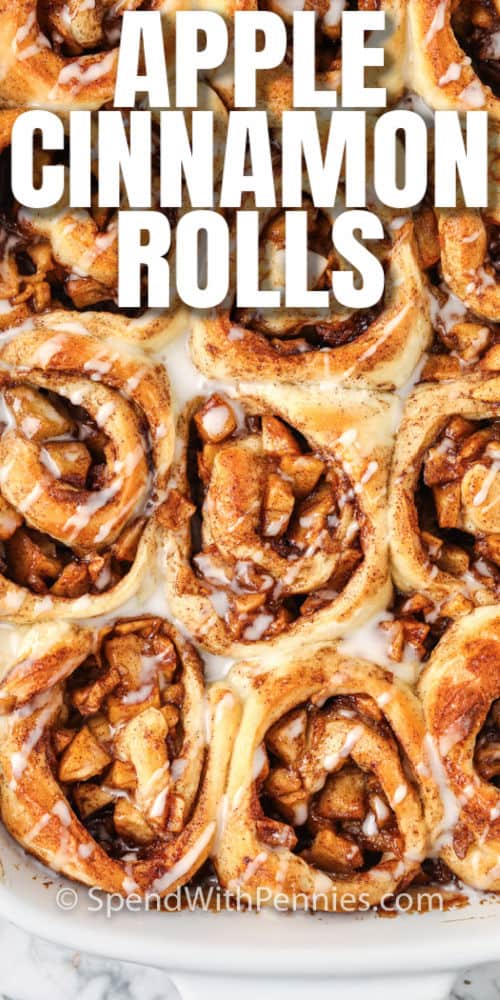 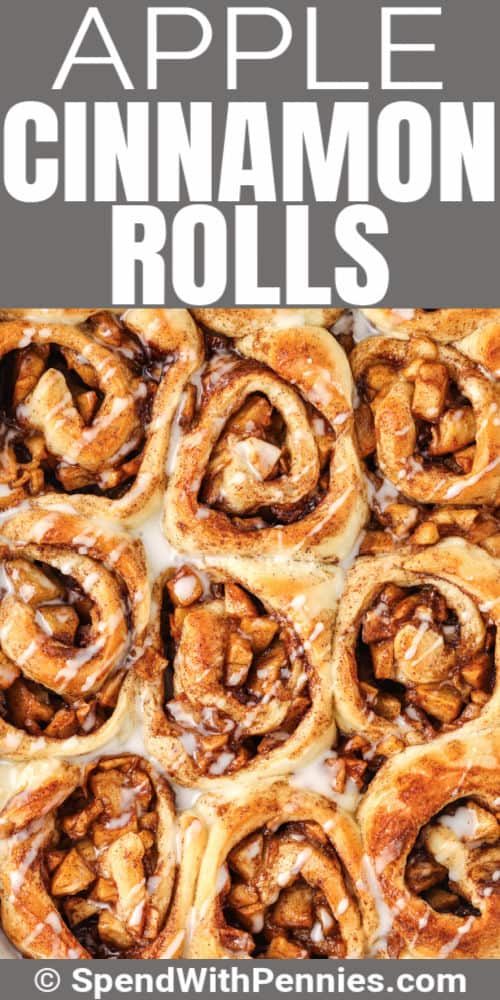